You are here: Home1 / About the Program2 / GENERAL CONSULTATIONS3 / Anatomy of a Neurosurgical Meeting 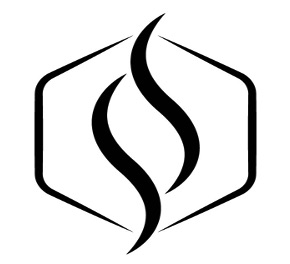 I had a scheduled meeting with one of the Neurosurgeons at the State University of New York at Buffalo Jacobs School of Medicine this morning.  This was interesting for several reasons, let me dissect what happened so that you can learn from and duplicate it.

I had initially been introduced to the first neurosurgeon through a surgical hardware representative that works with another surgeon in my area.  I reached out and we had arranged to meet on a prior occasion.  When I got to the meeting with him I had the following items with me, I will explain why I had them.  Although you may not be directly involved with some of these items YET, you can still leverage them and use them to your advantage.

I had ONE message that would be backed up with the items that I brought with me.  The nice thing about meeting and talking with neurosurgeons is they have VERY LITTLE time, you have to get to the point QUICK in order to keep their attention.   My ONE message was the following…

WE NOW HAVE A WAY TO OBJECTIFY MECHANICAL SPINE PAIN SO WE CAN MAKE SURE THAT YOU ARE NOT FUSING COMPENSATED SPINAL SEGMENTS.

Keep in mind have not met this doctor yet and did not divulge what I was going to discuss when I met with him.  He looked me dead in the eye and said “No Shit?”.  I almost laughed…he said that is one of the most important aspects of spine care that no one is talking about.  We sat and chatted for a while, I had his attention.  He thumbed through my CV and said, “Wow, you done some stuff.”  I then focused him on the neurosurgery article listed above, if you don’t own it GET IT.  We discussed how the future of spine care is based on a Whole Spine Model and how biomechanical dysfunction in an adjacent spinal area can have a negative influence on spine surgery outcomes.  He said that his group [22 neurosurgeons] is JUST starting to talk about that, they acknowledge it but have no way to objectify the biomechanical problem.   He went on to say that THEY are an academic group and if they are just starting to talk about these things, he would almost guarantee that the non-academic groups are doing nothing at all with it.  This group by the way, publishes 100 papers per year, 75% of them being on vascular neurosurgery [stroke]. They want to duplicate that with spine – good timing…They have 2 other chiropractors that are both 40 minutes from me in either direction.  This doctor says that he wants me to speak at their Spinal Grand Rounds and will talk to one of the chiropractors who sounds like is taking the lead on that portion of their practice, set up a time for us to talk and get me scheduled to speak.   I emailed this chiropractor a few times and had some concerns that he was feeling that I was barging in on his turf.  I did not discuss too many of the details with this chiropractor but felt it best to stop pushing and contact the neurosurgeon again, that is exactly what I did.  The surgeon said that was smart and that I was right to not push, he saw that I understood how to respect the team and work on being “invited in” as opposed to pushing my way through.  He said it would probably be better if he [the surgeon] and I met with their CEO to discuss what I am proposing.  That was what the meeting today was about…

Today’s meeting was set at 9am, I got there about 5 minutes early and the surgeons were in their weekly meeting with the Residents.  The surgeon came out and shook my hand at about 9:20am and said, Dr. L [not using his full name] has a full schedule today and is very busy, however he wanted to hear what you have to say.  I knew who this was, but had not met him yet.  He is the chairman of the Neurosurgery Department at the University.  He looks at me and says, “I have a 10-year-old intubated on the table right now, you have 2 minutes to tell me what you are doing.”  Well…OK, here we go is what I was thinking.  We sat down and I have him a 30 intro into who I was and my background.  Now, I am a lot farther along than most of you, however, you don’t necessarily need all these accolades but they help seal the deal quicker.  The more you have the faster you can move.  I said, the following…my CV was on the table, but he was DEFINITIELY more interested in hearing me talk.  I assumption was he was sizing me up.  [Make sure that you have a “30 second commercial”]

I am on Faculty in Family Medicine at the University

My focus is on the objectification of spinal biomechanics abnormalities

He said ok, that is good.  I told him where my office was, which is basically down the street.  He said, “what are you looking to do?”  I replied that I have 2 reasons to be here today, first that I would like to start a clinical relationship for patients that are in this geographical region.  He said that they used to send to another chiropractor in the area but do not anymore.  He remembered his name and I know who that chiropractor is.  He said that they would now send to me, and made sure that the other neurosurgeon sitting there knew they should now use me.  Essentially this was the chairman giving the group his permission.  The second reason I am here I told him was an academic one.  I said the trend in spine care now is establishing an objective way to analyze the full spine and to bring the laboratory biomechanical research [White and Panjabi] into the clinical setting.  I said I want to bring together academic chiropractic, family medicine and neurosurgery.  He said, ok…looked at the other surgeon and said, “why don’t you work on that.” The other surgeon says, “My thought was to get Bill in contact with Dr. P”.  Dr P. is the head of the spine division.  I then said that I wanted to come here today because I know you have other chiropractors and I understand that I am being invited in, I want to make sure that no one things that I am pushing my way inside.  The Chairman says that he understands.

The Chairman gets up, says “Thank you”, I say “I appreciate you taking the time to hear me.”  Just after he walks away the surgeon that invited give me a thumbs up and says “That was perfect and a home run.  Now we have permission and the fact that you came in as a team player and brought up the other chiropractic was huge, good job.”  The next step is to meet with Dr. P, he is a member of the club I belong to, so that is where I am suggesting that we meet.  That will happen most likely after the holidays.

So what is the lesson here? READ READ READ and be prepared.  Talk to me often about these topics.  Work on your CV but do NOT be afraid to reach out and talk to MDs, you have the tools and my help to get the results you want.  If you don’t have the credentials USE MINE and get me on the phone with these doctors, it works.  I will keep you posted on what happens!!

WE ARE BEING INVITED IN AT THE HIGHEST LEVELS

Come Build with ME!